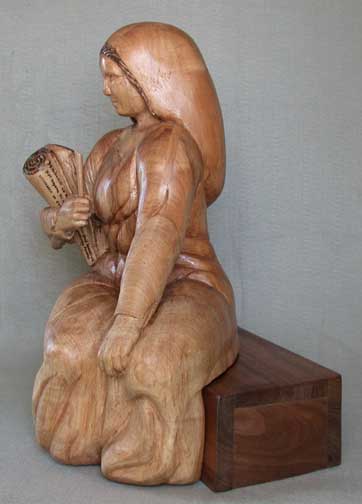 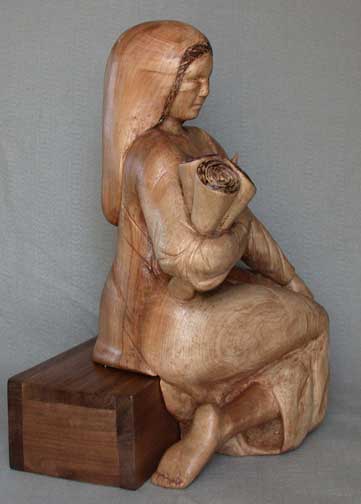 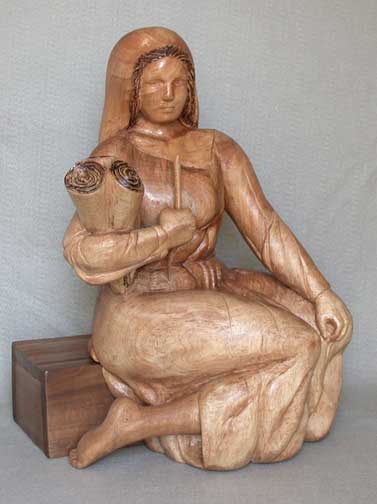 While I was a sculpture student of Olen Bryant at Austin Peay State University, a fellow art student named Rick [redacted] often asked me when I was going to make my pieta. He would use that as a form of greeting, like others might say "What do you know?". If I asked him what he meant by such a question he would act like I was ignorant for asking. I always assumed he meant pieta as a synonym for masterpiece, but I don't remember him ever saying so.

I decided to use Pieta as a title for this figurative study, not because it depicts the Virgin Mary mourning over the dead body of Christ or because I think it's a masterpiece, but rather because it depicts a lady mourning over the temporary death of the rule of law. In an attempt to make my meaning clear, on one of the scrolls I burned in as much as I could of Article 38 from The Magna Carta - No bailiff, on his own simple assertion, shall henceforth put anyone to his law, without producing faithful witnesses in evidence. That article is the foundation of habeas corpus, which was ignored in this country for most of the last decade.