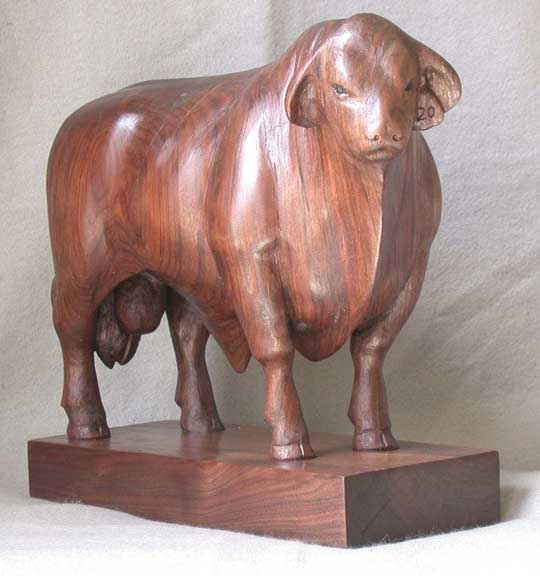 This is one of a series of bull wood carvings, most of which were made for the American Association of Bovine Practitioners for use as the AABP's highest honor, the Amstutz-Williams Award. The first bulls of this series were made in October of 1986. The most recent were made in 2009. My thanks to Dr. Jenks Britt, Agriculture Department Head, Western Kentucky University, for selecting me to make these bull sculptures for the AABP.

History of the Amstutz-Williams Award

In 1986 the American Association of Bovine Practitioners established the Amstutz-Williams Award to recognize the long and distinguished service of its first two honorees, Dr. Harold E. Amstutz and Dr. Eric I. Williams. Since then it has been given only occasionally to honor others with similarly long and distinguished careers. Here is a complete list of those who have received it.