Whether you call them suffragist (correct term) or suffragettes (dismissive term used by “yellow press” (yellow press were the tabloid journalists of the last century), the passage of the 19th Amendment (granting women the right to vote) was a hotly contested issue in the late 1890s all the way up to it's passage in 1920.

Whether you were Susan B. Anthony, Elizabeth Cady Stanton, Lucy Stone Alice Paul,Carrie Chapman or a well to do wife and mother in Kentucky, most women faced challenges in engaging in public political life. Women's rights (political or personal) rarely extended beyond being able to vote in electing a local school board. The right to vote movement was a tapestry of marches, meetings, women's luncheons and talk over the back fence. It involved networking, extensive writing, speech giving and debate. It also involved woman to woman talk and discussions with the men in those women's lives to the end of persuading enough male citizens that a woman's right to vote was a good thing.

Prelude to the Affirmation of a Right is a sculpture that shows a bit of that dynamic thru the gestures of three figures, a man guarding his exclusive right to vote, a woman who was not persuaded that woman voting was a good idea and the female figure looking thru the doorway to the beginnings of her inclusion in political civic life.

The majority of my carvings are reasonably compact, but every now and then I make something that takes up way too much space to keep in our house.

Prelude to the Affirmation of a Right is one of those carvings.

It was conceived in early 2018 as an entry in a competition for a suffragist themed sculpture for the city of Clarksville, Tennessee. I didn't get that commission, but decided to make the sculpture anyway as a centerpiece for the show Alison and I had in Customs House Museum. Three views of it are shown below. Works by others on the suffragist theme have shown women marching or a woman placing a ballot in a ballot box. My carving's intent is to show what suffragists were pushing against before passage of the 19th Amendment was an accomplished fact. They were pushing against both men's reluctance to share power and a reluctance by a substantial portion of other women to want to participate in the political process. Resistance on the part of men is depicted by a scowling man hovering possessively over a ballot box. Resistance by other women is depicted by the woman with her head down and back to the doorway. The suffragist peering through the doorway into the polling station is letting it be known that she wants to participate in the political process. That was accomplished by the power of persuasion and the key people who had to be persuaded were members of state legislatures – almost all men. It's a wonder the 19th Amendment got passed at all.

To contact me about any of my work my email is frank@lyneart.com

Prelude to the Affirmation of a Right

on display at Clarksville Museum 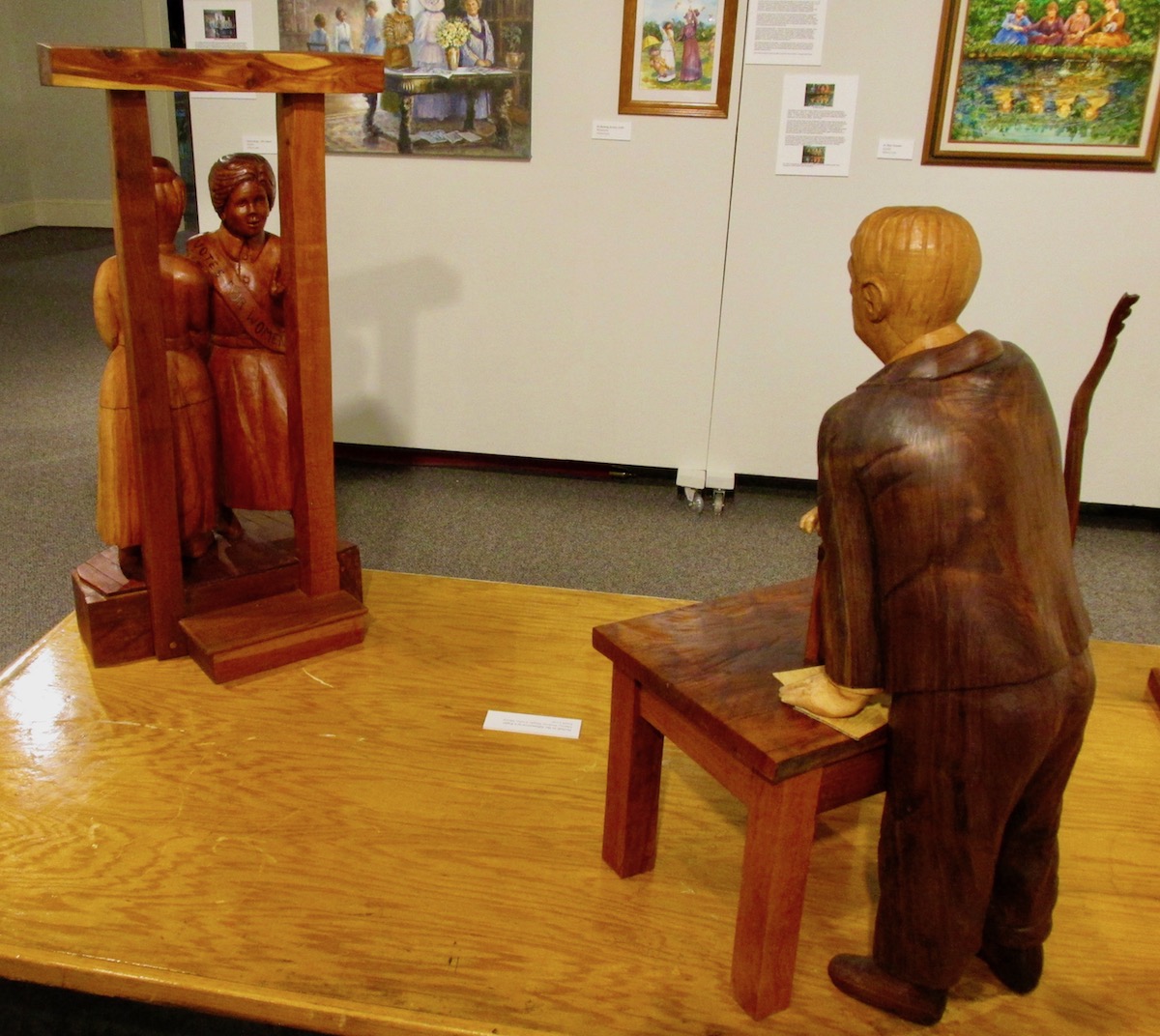 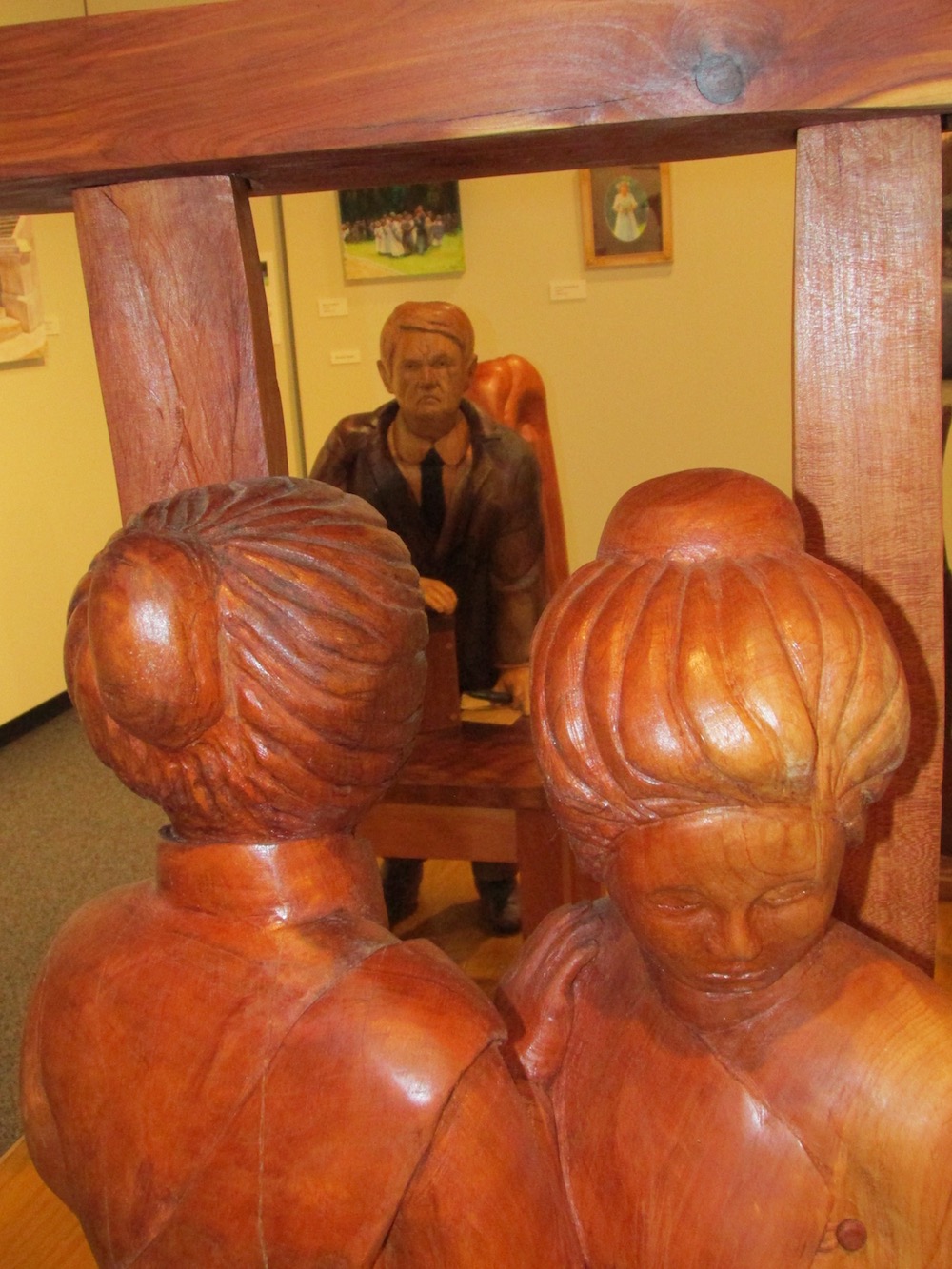 Detail of Prelude to the Affirmation of a Right showing the anti-suffragist woman, with head turned away and part way blocking the doorway to voting rights. Seen across the room is the male representative of the minority anti-suffragist side, jealously guarding the ballot box from the very idea of voting equal rights. Thanks to the majority of voting men, the 19th Amendment was passed in America in August of 1920. 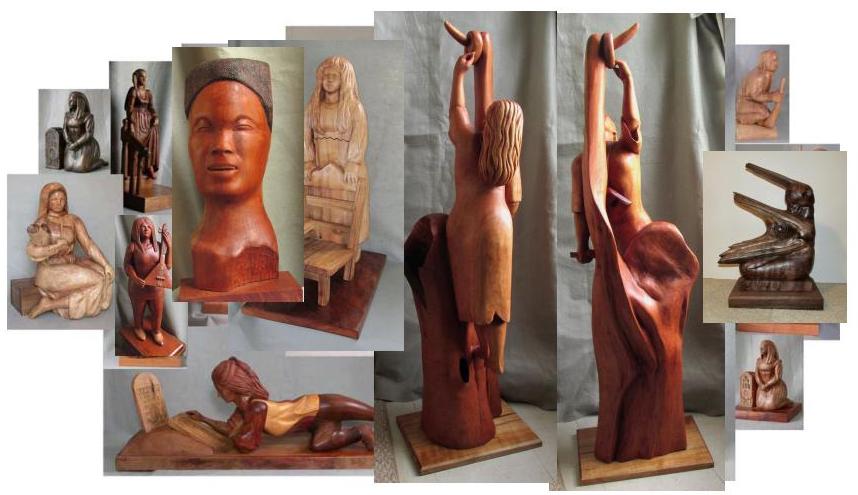 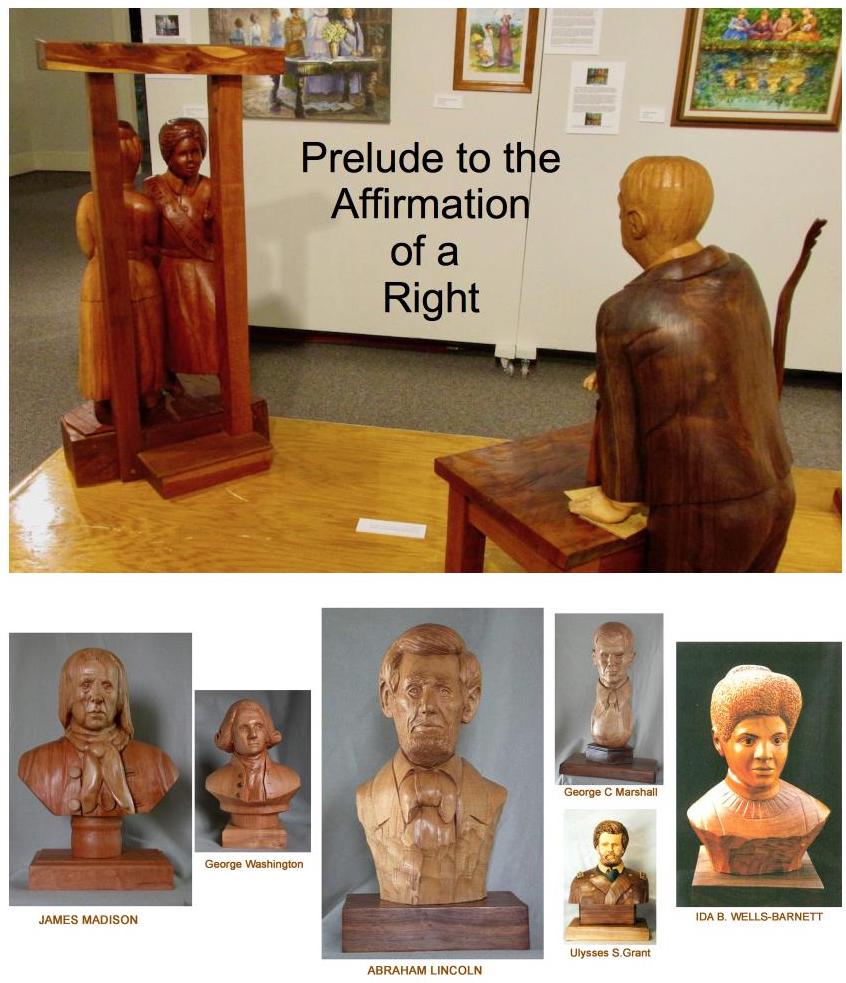 All materials shown here are copyrighted by the artists.