I got the call for this project around mid-November 2004. I was delighted to find out I would be working with the same author, Beverly Vidrine, as on HALLOWEEN ALPHABET We were both excited by this new project,so we quickly got to work on exchanging ideas and sketches for Thanksgiving Day Alphabet.

After Beverly and I settled on the sketches, I got the OK from Pelican Publishing for my sketches and got to work.

Bevery Vidrine always does a lot of historical research for her alphabet books. She is kind enough to let me see her notes, so I can hopefully add back in, with my illustrations, some of the information that she has had to edit from her text. Children's picture books average around 1,000 words or so, and this doesn't allow for a lot of excess descriptions. So it's a lot of writing and a LOT of cutting. But Beverly manages to give me a nice historical "hook" with which to hang my illustrations

Beverly Vidrine's lively text allowed me to draw from a lot of historical sources and paint the scenes in rich fall colors. We both relied heavily on books produced by Plimoth Plantation, both in conjunction with National Geographic Society and Scholastic Press. These books were filled with a lot of good verbal information, but even better, (from my view point) tons of lovely photos of re-enactments held at Plimoth Plantation. I was lucky enough to also get to watch (three times +) various episodes of Colony House on PBS. All this visual historical research enabled me to really "get in the Thanksgiving mood".

Since I'm a loooog way from my school days, I delved into the Thanksgiving, Plymouth landing , and settlement history to "read more about it." I (re)learned a lot, and added a lot of new info to my somewhat meager knowledge about early day settlers. I learned even more about the Wampanoag Indians, (who "hosted" .....more or less the English settlers). The Wampanoag Indians helped the English colonists to learn about the kind of crops, corn, beans, and squash and pumpkins that grew the best in this "New World".

I learned such a rich treasure trove of details of everyday 1620's life and inter-actions from my research. Things like the English settlers wore many different colors of clothing....not just the severe black as is usually pictured. Or that the holiday Thanksgiving was really "invented" by a female writer, and signed into law in 1863 by Abraham Lincoln! The Wampanoag Indians also helped the settlers hunt for food. They brought deer to the harvest feast in 1621 that was the start of the Thanksgiving Day tradition. And of course we can't forget the reason it's often referred to as “Turkey Day”. 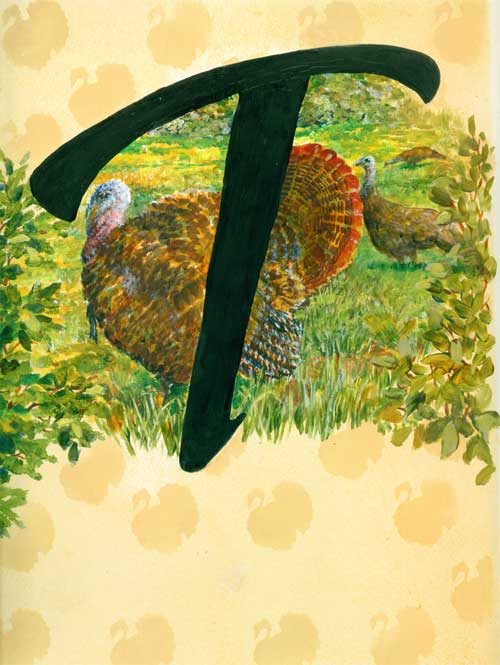 The English settlers trip to the New World of America is also the stuff of tradition. Their journey in the Mayflower was full of hardships, that many didn't survive. 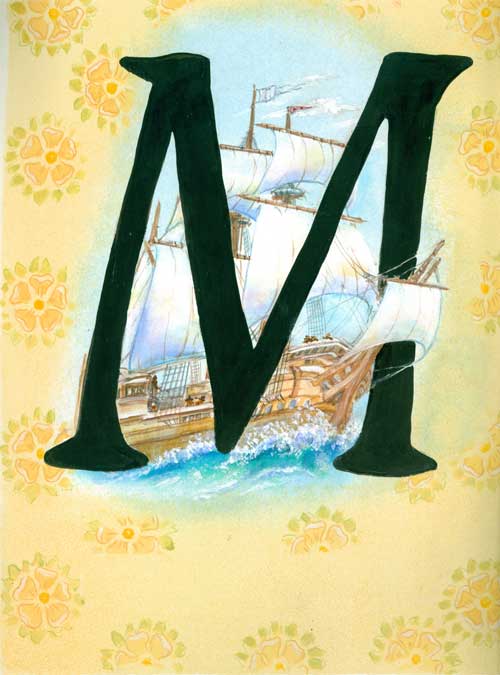 I felt like I'd made a journey of my own, but in Frost's words; "Miles to go, before I sleep" I've still got so much more to learn.

Even after I finished these illustrations, and sent them off to the publisher, I still am reading more on this fascinating subject. The more you can learn about a subject the better you are able to turn around and "give it back" visually. And, at least for children's book illustrations, that a huge part of my job.